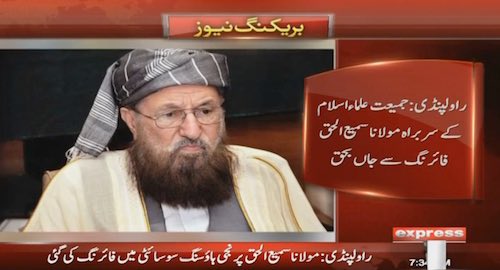 Maulana Hamidul Haq, the son of the JUI-S chief, said his father was stabbed to death while he was resting in his room. Maulana Sami was a heart patient, Hamid said.
“His driver Haqqani had gone out. On his return, he saw that Maulana Sami was lying in his bed in a pool of bed. He was no longer alive,” Hamid said while talking to Geo News.
According to Hamid, Maulana Sami was unable to take part in the protest that was underway against Asia Bibi’s acquittal and had returned home.
“He was stabbed multiple times,” he said. Maulana Sami’s driver and gunman had both left the room for approximately 15 minutes when he was stabbed. 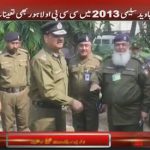 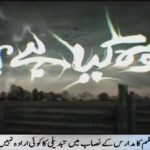 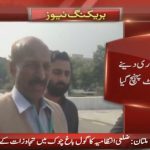 Absconding suspect Mansha Bomb presents himself to SC for arrest 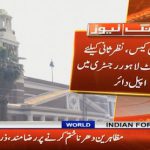 Review petition to be filed on Supreme Court’s verdict