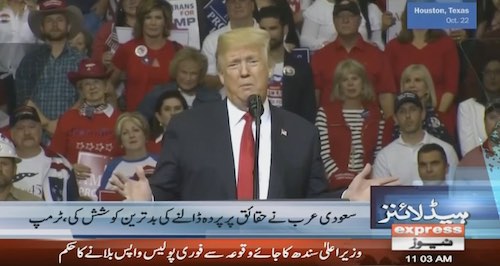 The U.S has finally decided to take diplomatic action against 21 Saudi officials believed to be connected with the killing of Jamal Khashoggi. An expression of public disapproval came when crown prince Muhammad bin Salman attended the Future Investment Conference.

The Saudi monarchy is under a lot of international criticism. In Washington, President Trump said Saudi Arabia bungled the handling of Mr. Khashoggi’s killing from “beginning to end,” though he made clear he doesn’t want to cancel massive U.S. contracts with the kingdom in reprisal. Trump gave a harsh assessment of Saudi Arabia in light of Mr. Khashoggi’s death, saying he was convinced King Salman didn’t know about the killing in advance. About Prince Mohammed bin Salman’s possible involvement, Mr. Trump said: “Well, the prince is running things over there more so at this stage. He’s running things and so if anybody were going to be, it would be him.”

Secretary of State Mike Pompeo said the Saudi officials singled out for U.S. action included “those in the intelligence services, the royal court, the foreign ministry, and other Saudi ministries,” though he didn’t identify any by name. They will be subject to visa revocations and special screening procedures meant to keep them out of the U.S., though Mr. Pompeo said further action against those individuals and others is possible as U.S. officials learn more.

“These penalties will not be the last word on this matter from the United States,” Mr. Pompeo said. “We will continue to explore additional measures to hold those responsible accountable.”

Paragliders fill the skies above Portugal to crown

Ambassador Nikki: US to withdraw from UN rights council 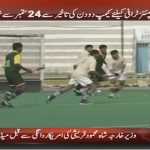 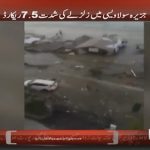