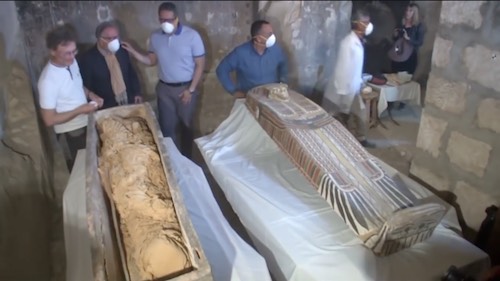 On Saturday, 24th November, 2018, a closed coffin was unwrapped for the first time, as two Egyptian findings were revealed in Luxor’s west bank. Luxor is a city on the Southern side of the country.The undamaged sarcophagus contained a well-kept mummy of an Egyptian woman named Thuya and dates to the 18th Egyptian era.

It was learnt earlier this month by a French led mission in the northern region of El-Assasif, along with another anthropoid sarcophagus which was undone and analyzed. It was the first time that a mummy was opened and revealed before the international press and viewers.

Earlier in the day a tomb belonging to Thaw Rakht If, the supervisor of the mummification tomb, was disclosed with 1000 tiny wooden and clay sculptures, and five colored masks.  These tiny wooden statues are considered to be figures which are meant to serve the dead in the afterlife.

Egypt’s minister of remains, Khaled Al Anani, stated, “One sarcophagus was rishi-style, which dates back to the 17th dynasty, while the other sarcophagus was from the 18th dynasty…The two tombs were present with their mummies inside.”

Three-hundred metres of debris was cleared for over five months to expose the grave, which consists of coloured wall scenes portraying the landlord and his family. The tomb is almost 4000 years old, belonging to the middle-kingdom, but was retrieved in the alte period.

Egypt has discovered more than a dozen prehistoric findings since the beginning of this year. The country anticipates that making such discoveries would help portray a positive image and would encourage tourists to visit the country more often. 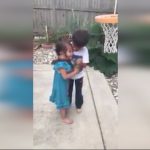 Is he the cutest brother in the world? 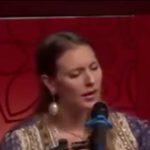 This rendition of “Aj Jane k Zid Na Karu” by an English woman will surprise you! 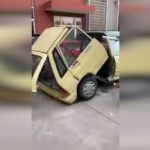 The best way to move a wrongly parked car 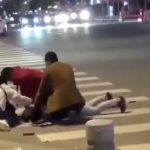 Are Pakistanis not safe in China?