Today marks an important day in the history of Pakistan as a lot of names have been put in the ECL list. Among everyone whose name has been put, Zardari and Bilawal are the most talked about in the town.

In response to this, Chief Minister Sindh speaks to the general public and shared his opinion and views regarding the matter of ECL report. He mentioned that Prime Minister himself needs to understand and realise about his immature behaviour, and he further added to that, our country is seeing selective judgement and only a specific number of people are being targeted due to which the relationship between the opposition and the government has come to a destructive end.

Chief Minister has clearly mentioned that he doesn’t accept any sort of ECL report and with the passage of time, every truth will be in front of the media and the general public that how PTI has misused their power and they have tried to just target others due to their own personal grudges.

Bilawal Bhutto: Country has been handed over to a selected government 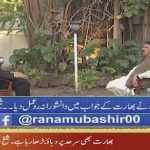 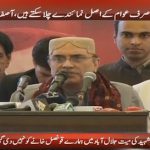 Only true representatives of the people can run this country, says Zardari