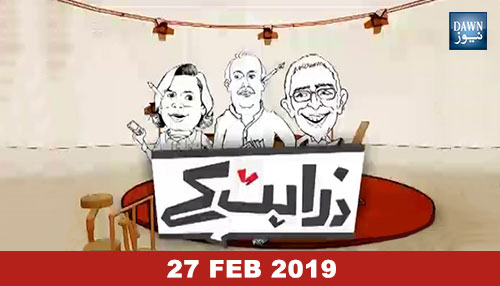 In this episode of ‘Zara Hatt Kay’ the main topic of discussion was the shooting down of two Indian airplanes by the Pakistan Air Force in Kashmir on Wednesday. One pilot is under Pakistan army’s custody.ISPR DG Major General Asif Ghafoor had stated during a media briefing that two personnel of the IAF were arrested and one was injured and was transferred to CMH to provide medical assistance.

Peace comes to a standstill

What can one talk about in regards to Pakistan politics?