Government and Opposition are going at each other again | Goonj

Government and Opposition are going at each other again

News by: News One 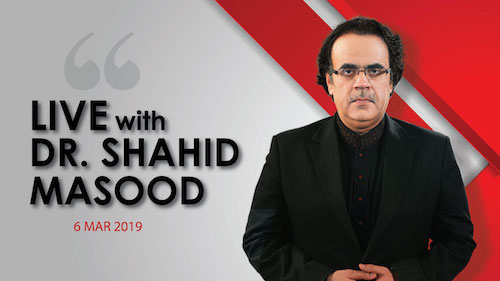 In this episode of Live with Dr. Shahid Masood, the following issues are discussed.

1) Today was an eventful session in National Assembly where opposition was extremely critical of the new monetary policy and the Peace diplomacy Prime Minister Imran Khan is leading.

2) Former Prime Minister Nawaz Sharif’s ailing condition is a concern but he doesn’t want to go to hospital even after lots of persuading from his family members?

3) DG ISPR, Major General Asif Ghafoor has said in a press briefing that the recent flare-up between India and Pakistan is diffused for now but the threat of war is still there.

India and Pakistan lock horns across Line of Control

Will the Indo-Pak tensions de-escalate?

Pakistan is trying for peace but India has other plans