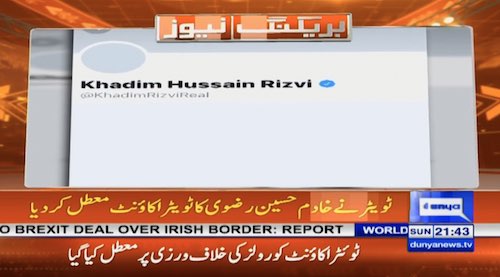 The page shows “account suspended” when the handle is accessed.

Earlier, Interior Minister Fawad Chaudhry during a talk at an event had said that Twitter had refused the government’s request to take down Rizvi’s account.

The account has been tweeting since four days while Twitter has refused to take it down, he said.

Human Rights Minister Shireen Mazari tweeted the same when questioned as to why the government isn’t writing to social media sites, including Facebook, to suspend the accounts. 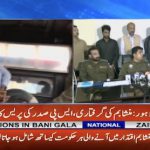 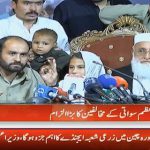 Family in dispute with Azam Swati demands his resignation 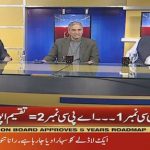 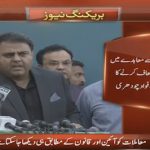 Fawad Chaudhry: State will not ignore this rebellion