Protest by TLP causing traffic and road blockage across the country 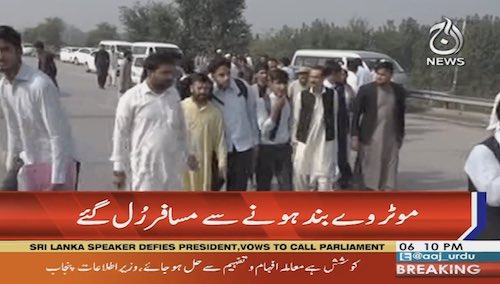 Pakistan has come across a nightmare in the shape of TLP. On the account of recent controversy of Aasia Bibi, TLP and all its supporters have gone on the roads ever since the judgment has come out. The overall situation in Pakistan has not been controlled as yet by the government. In light of the recent protests; a lot of supporters of TLP have blocked various roads all across the major cities of Pakitan. Islamabad, Lahore, and Karachi have been completely shut down due to the protests of TLP.

Further, motorway has been blocked and a heavy protest was encountered throughout the day. The leader of TLP, Khadim Hussian Rizvi has been provoking his supporters to continue the protests all across Pakistan until unless the government and Supreme Court revert its decision. Due to this undemanded extremism, the whole Pakistan has suffered miserably and people especially who belong to the lower middle class and below have suffered the most out of this protest.

It is terrifying to see how brutally these protestors have damaged the personal properties of people in the name of religion. According to the latest reports and news; people who were traveling through cars and buses were brutally attacked by mobs and a couple of cars and buses were burnt. Since yesterday, the overall traffic situation across the whole Pakistan has just become no less than a nightmare and it was near to impossible for most of the people to travel across the major cities of Pakistan.

Even though the government has been trying hard to negotiate with the protestors and are making efforts to reach on some mutual terms but so far the situation has revealed that TLP has denied for any sort of settlement and are willing to spread violence across the whole country. 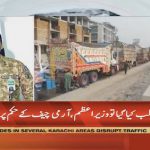 DG ISPR: Army has nothing to do with Aasia Bibi Case 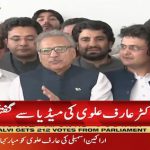 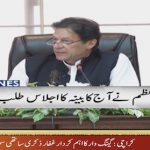 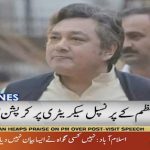 Azam Khan will get his statement recorded today in NAB KPK for Malam Jabba land scandal.