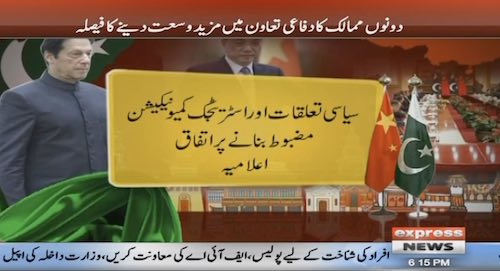 Pakistan and China released a joint statement on Sunday agreeing to further strengthen relations between the two countries, a statement from the Pakistan Ministry of Foreign Affairs read.

During Prime Minister Imran Khan’s visit to China, both the sides have signed 15 agreements and memorandums of understanding (MOUs) for cooperation in diverse fields were signed between the two countries.

The agreements were signed during delegation-level talks between the two countries at the Great Hall of the People in Beijing.

Agreements pertaining to poverty alleviation in Pakistan, strengthening cooperation in agriculture and industrial sectors and technical training have also been signed between the two sides. 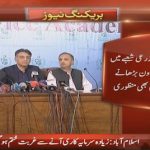 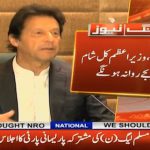 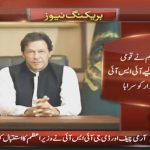 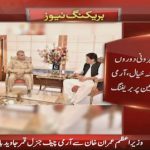